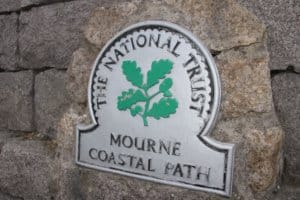 You may have driven past and over the Bloody Bridge many times travelling from Kilkeel to Newcastle or vice versa and never stopped.

Next time you drive this road: STOP!

Take a view minutes to explore this hidden gem – it is a beautiful, rugged part of our local landscape that you just need to see and experience.

There are so many little hidden gems in our area.

Where the mountains meet the sea – nature in all it’s pure glory!

The Bloody Bridge area is of interest to any of you geologist types with it’s wonderful rock formations leading right down to the shoreline.

The incoming tide can be rough so be very careful that you do not go to close when exploring the rocks and pools.

Sports and Walking at Bloody Bridge

Bloody Bridge is a great starting point for an ascent to the summit of Slieve Donard.

Bouldering is also very popular in this area  – check out the video below! Would you be brave enough?

The location also played a role in our often violent and divided history.

The incident that gave the bridge it’s name – Bloody Bridge – dates back to 1641.

The rebels attacked Newry and captured prisoners who were initially to be transported to Carlingford.

However, the plans changed when an agreement for an exchange of prisoners had been made.

The prisoners were to be taken to Downpatrick for the exchange.

It appears that as they approached Newcastle, word was received that the prisoners held in Downpatrick, that had been part of the agreed exchange, had been executed.

The captives held on the outskirts of Newcastle were brutally executed at Bloody Bridge.

There are many different accounts of how many were involved and how vicious their treatment had been.

There is a fascinating resource online provided by Trinity College Dublin of depositions, examinations and accounts of people’s experiences during the rebellion of 1641.

Here is a the original deposition from Edmund Doran who lived at Mourne and “kept intertainemente for trauellers” (lodgings) at the time of the rising.

This is an actual account taken in 1653 of events in and around the time of the Bloody Bridge incident. 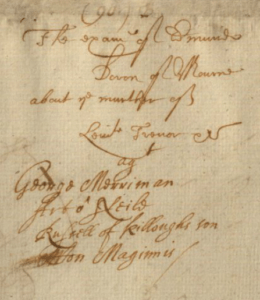 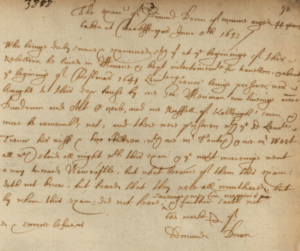 This area was also known as a renowned smugglers route due to its ease of access from the sea and quick getaway to the cover of the Mournes.

appropriately called The Brandy Pad – probably what was being smuggled.

Bringing us back up to modern times, check out our video of Free Things to Do In County Down – exploring Bloody Bridge!

FREE THINGS TO DO IN COUNTY DOWN