What is Samhain?: How and why we celebrate Halloween in Ireland!

The connection between Halloween and Ireland is as strong and powerful as the evil spirits who have always come out to play their tricks at this time of year.

Halloween has it’s origins in the Celtic Festival of Samhain.

Samhain was the most important festival of the year for the ancient Irish Celts.

The Celts celebrated Samhain on 31 October, which marked the end of summer and the beginning of winter.

The Celtic new year was a time to honour ancestors and celebrate the harvest with feasting and music.

How to pronounce Samhain?

Samhain was very much like New Years in that the old was cast aside to make room for new life.

The tradition of the bonfire at Halloween is linked to Samhain as a fire festival was celebrated over the night of the 31 October. 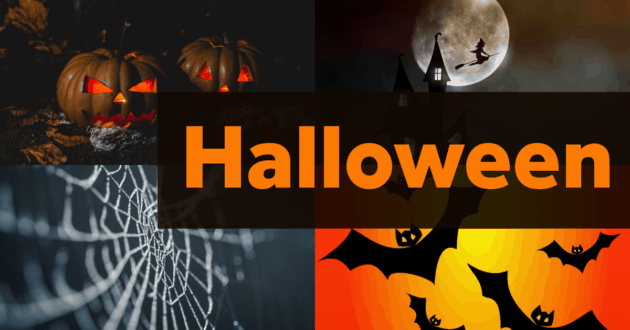 The Celts would have celebrated the end of the cycle when all of the crops would have been harvested and stored indoors.

The celebration would have marked the end of the harvest season and the arrival of the darkness of winter. 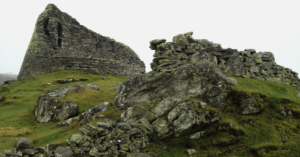 It was at this time that the souls of the departed would return to their homes.

The changing of the seasons was seen as a threshold by the ancient people when the boundaries between the world of the living and dead crossed.

Irish traditional stories tells us about Tlachtga, the red-haired daughter of the arch-druid Mug Ruith, who died at the Hill of Ward in County Meath giving birth to triplets.

The people celebrated the Great Fire Festival on the spot that she died at Samhain in her memory.

The Hill of Tara can be seen from Tlachtga and surely must have been a magical spectacle for the ancient people in attendance.

Our modern day Halloween has some very deep roots in our culture going back millenia.

The arrival of Christianity in Ireland led by Saint Patrick saw the old pagan customs being replaced with Christian celebrations.

1 November became All Souls Day – the connection with the pagan’s customs surrounding the dead clear.

The evening before was known as Hallow’s Eve – it’s not surprising it became Halloween. 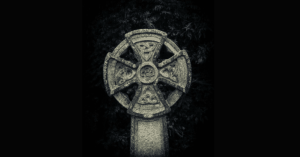 The tradition of dressing up at Halloween can be traced back to Celtic times.

The people would light fires, wear masks and make noise in an attempt to confuse the spirits and drive them away from the peoples homes.

The masks also prevented the dead spirts from identifying and exacting revenge on enemies gathered during lifetime. 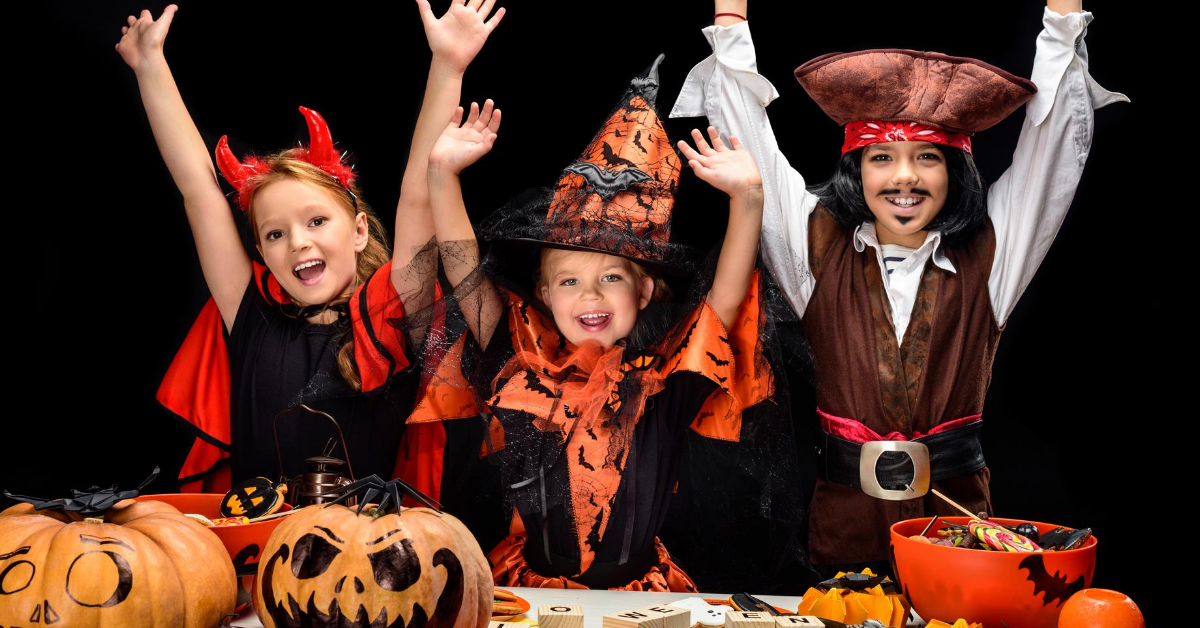 The Puca – an Irish fairy – fairy blasted any apples that had not been harvested thus making them inedible.

Puca, pronounced pooka, could take the form of any animal and caused all sorts of mayhem for farmers milking cows or horse riders.

The Puca was a shapeshifter and often took the form of a horse.

It could be found drinking water at pools – “Pollaphuca”.

The Puca Pools were transformed into St. Patrick’s Wells after Ireland’s conversion to Christianity.

Indeed, Warrenpoint’s own celebrated witch Jenny Black is said to have transformed into a White Hare.

The tradition of apple dunking is still carried on at Halloween today. 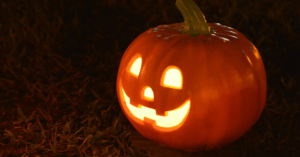 Pumpkins are hollowed as lanterns all over the world at Halloween. This is a tradition that originated in Ireland to ward of evil spirits and light the way for travellers in this most scary of evenings.

However, it started out in Ireland with the hollowing of a turnip. When Irish immigrants made there way across the Atlantic in search of a new life they brought these ancient customs and practices with them.

The turnip was replaced by the pumpkin which is native to North America. 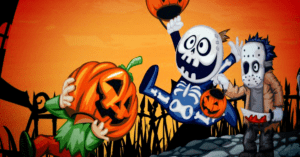 The poor would call at the homes of the wealthy to gather supplies for the Halloween festivities.

In America the trick or treat pastime really took of in the 1920’s!

The last witch to be burned in Ireland! 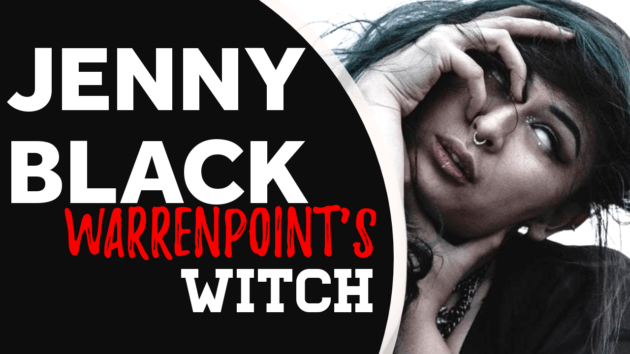 Legend has it that Jenny Black was the last witch to be burned in Ireland.

However, the truth is more tragic!

Bridget Cleary was set alight by her husband in 1895 because he believed she was a changeling – the belief that the fairies had substituted a baby with one of their own!

Her story was echoed in the spooky children’s rhyme:

“Are you a witch or are you a fairy, Or are you the wife of Michael Cleary?”

The Burning of Bridget Cleary is a fascinating book about the tragic burning of a “witch” in a time of immense change in Ireland – superstition, politics and the  erosion of the oral culture!

Some British media used the tragic death of Bridget Cleary to argue that the Irish could not be trusted with Home Rule because it was so steeped in folklore! 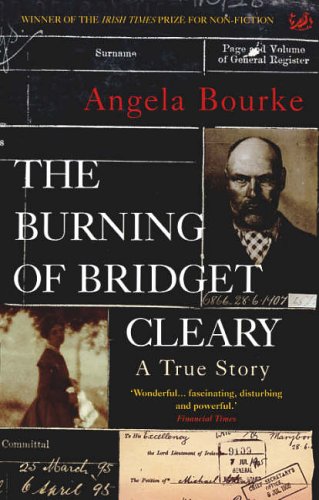 Check out where Jenny Black’s Hill in Warrenpoint!

There will be very few of us over a certain age who has not been kitted out with the Halloween Bin Liner as part of our Halloween costume! 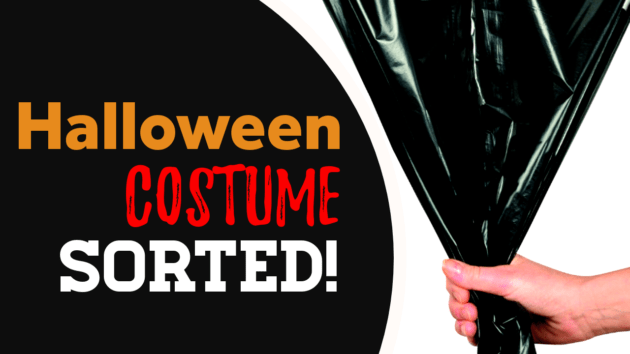 This guy is glad we don’t throw eggs at each other at Halloween anymore! 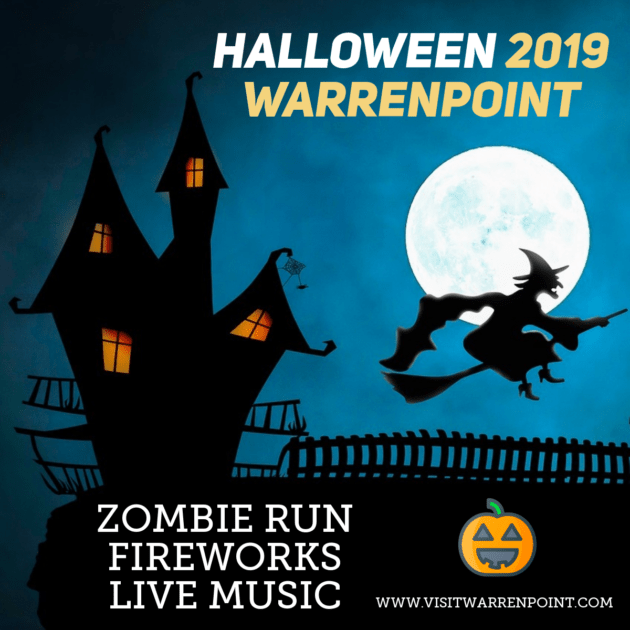