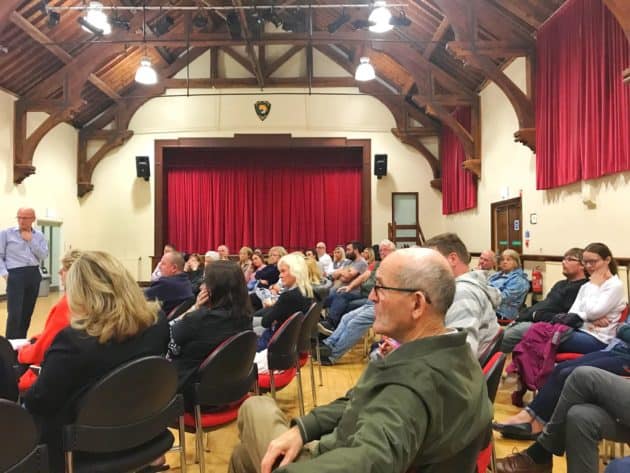 A public meeting was held to update on the community centre for Warrenpoint at Warrenpoint Town Hall on 12 September 2018.

The meeting was chaired by Colm Bradley, Consultant & Director of Community Places.

There were approximately 70 people in attendance.

The meeting was to finalise the recommendations that will be made to the Council in the coming months in respect of the location and size of the community centre building.

Colm Bradley outlined a summary of the present findings to date.

The idea of a Community Hub, to include other amenities such as a GP surgery and library that had been discussed at previous meetings has now been ruled out as a possibility due to financial constraints.

It was confirmed that the PSNI station location is no longer an option for a community centre.

Members of the audience had asked him what the future plans for the police station site were – he stated that was outside his remit.

The possible locations were listed:

Ringmackilroy was recognised as a great location however the Council have ruled it out as it has been earmarked as the number one outdoor play facility in Warrenpoint town centre.

Golf Academy was quickly ruled out due to road access.

Warrenpoint FC has been ruled out as it is too far out of town and the community centre needs to be in walking distance from town centre.

Clonallon Park was emerging as the preferred location as it is council owned, has parking, numerous entrances and beside school & bowling green.

The issue of antisocial behaviour in this area was raised.

However, placement of the community centre here could reclaim the land for use by the whole community.

This location also offers the possibility to expand in the future if needed.

Architects identified the flat area by the car park as the least intrusive and cheapest location in the park to build the community centre. 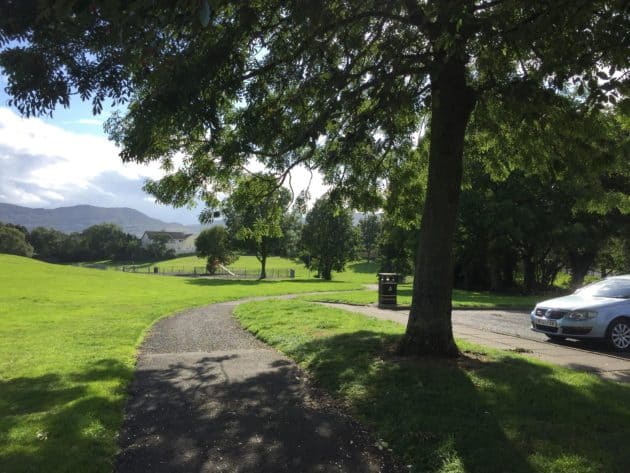 Only one small tree will need to be removed and will not disturb existing facilities and utilises the existing car park.

The building proposal is a multi-activity building with a 200 capacity room for concerts, some sports that can be divided into smaller areas with a number of smaller multipurpose rooms for use, storage rooms for different groups to store equipment a kitchen and hangout area.

Audience members raised the issue that the size of the building proposed is much too small to cater for the needs of the community and the existing parking available at the Clonallon park location would not be adequate either.

An audience member had suggested that the Warrenpoint Community Centre should be equivalent in size to Ballyholland’s community centre.

Colm Bradley asked the question whether we need a hall bigger than 200 capacity when this meeting is being held in a 350 capacity hall in Warrenpoint’s town centre, he questioned the need for two such facilities in a town this size.

A Council staff member made the point that St Mark’s school has submitted an application for a 4G pitch & sports hall for school and community use on the land available at that site so another sports hall will not be considered.

An audience member asked the question why these 2 projects could not be amalgamated to save rate payers money.

Colm Bradley said this had not been considered but that he would take it to the relevant stakeholders for discussion.

Colm Bradley made it clear that no funding whatsoever has been agreed for this project at this time however at this stage is just to see if the community centre is viable and if so in what location, what size it needs to be and what activities and groups it needs to accommodate.

The audience expressed the feeling that the decision was already made, it was made clear no decision had been made other than to rule out Ringmackilroy as a possible location.

The recommendations will be taken to DEA meeting on 25th of Sept 2018, Octobers THC then full council in November for a decision then process will take at least 18 months from there. All of the council minutes will be available on their website.

The issue of waiting for the PSNI location to possibly come back on the market was raised.

It was mentioned the existing PSNI building would cost at least £1million to demolish before work began on a new building, this would not be financially viable when the community centre project has a proposed budget of just £1.5 million.

The feeling of the crowd was overwhelmingly not in favour of waiting for the PSNI location as the community need the building asap.

A number of people asked about improving various aspect of the Clonallon Park location like upgrading existing play facilities, lighting the entire park up for evening/winter use, introducing a running track.

A Council staff member advised that would be part of the next stage of the process if the project is to go ahead.

The next stage will be drawing up a number of different plans for the community centre project with varying budgets for the council to choses from depending on the funds approved.

Site surveys etc are all yet to completed so this project is still very much in it’s infancy. 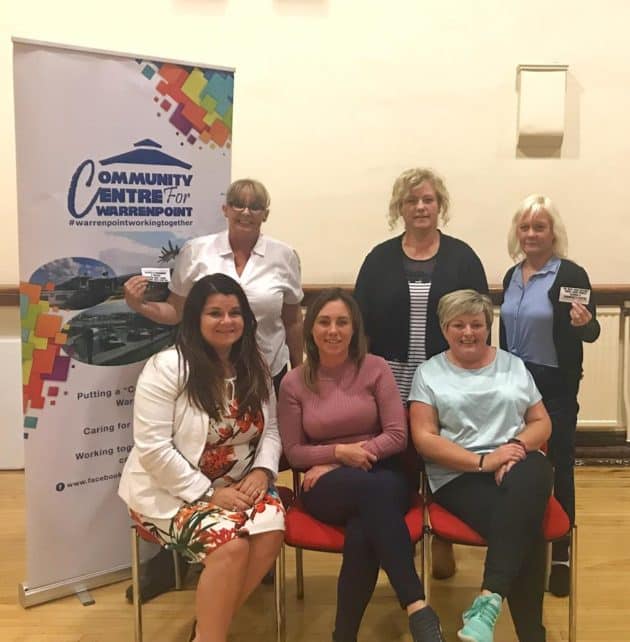