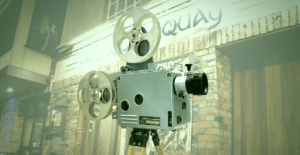 Let’s go to the movies in Warrenpoint this weekend!!!!

There will be a homegrown and international film competition as part of the film festival.

With Ireland now centre stage in the film production world with global screen successes like Game of Thrones being produced locally, the Sleeping Giants Festival wants to showcase that talent and celebrate film production in Ireland.

The festival wishes to bring us the opportunity to view independent film in Warrenpoint and County Down.

Check out our interview with festival organiser, Diane Jessie Miller, telling us about the Sleeping Giants Film Festival and what we can expect over the weekend.

The Sleeping Giants Film Festival is on from  Friday 30 June to Sunday 2 July in The Lough and Quay, Warrenpoint.

I am Belfast, a film by Belfast film maker Mark Cousins, will also be screened. 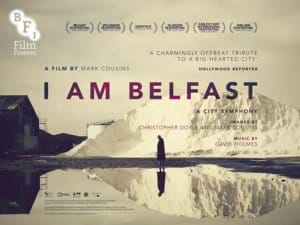 I am Belfast Trailer

Sunday night will see a screening of the film The Pigman by local film maker Rick Gordon.

If you are a fan of film and want to see some of the best in homegrown and international film get down to the Lough and Quay this weekend.