Where is Saint Patrick buried? 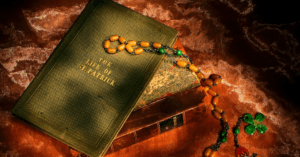 When did Saint Patrick first come to Ireland?

The story of St Patrick is an exciting tale believed to have begun with his birth around 385AD (nearly 400 years after the birth of Christ). His parents were Romans living in Wales.

Did you know that he was not originally called Patrick. He took the name Patricius when he began his mission.

Patrick was brought to Ireland from Wales as a slave by a raiding Irish party.

He endured hardship as a slave shepherd on Slemish Mountain in County Antrim. Although he escaped from his bondage, he was drawn back to Ireland by a dream and sought to convert the pagan Irish from his church at Saul, County Down.

He used a Shamrock to explain the Holy Trinity to the Irish people.

Triple deities – three gods in one – was not a new Christian belief. It did exist in religions of the world before Christianity. This may have been a concept that Patrick’s converts were familiar and the Shamrock was a clever way to illustrate the point.

Legend has it that he drove the snakes out of Ireland. However, it is likely that Ireland never had any snakes anyway when the ice from the last Ice Age melted. 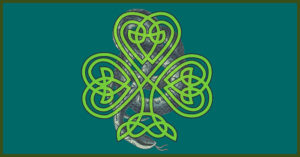 The snake is closely associated with Pagan beliefs of life and water. These religious practices would have been followed by the people of Ireland before Patrick’s Christian conversion mission.

Perhaps the story of St Patrick driving the snakes out of Ireland is symbolic of the banishment of the old traditions replaced with the new Christian beliefs.

What year did Saint Patrick die?

Saint Patrick is believed to have died in 461 AD.

What age was St Patrick when he died?

If you do your sums using his birth date above, St Patrick would have been 76 years old when he died!

It has traditionally being believed that his final resting place is at the Hill of Down where his gravestone is now situated.

This area has historically been a centre of prayer and worship for thousands of years pre-dating Christianity in Ireland.

Where is St Patrick buried?

Muirchu, who wrote of St Patrick’s mission in Ireland a few centuries after his death, describes St Patrick’s body being brought by two oxen to his burial place, the site on which a Church would be built.

A carved memorial stone of Mourne Mountain Granite marks the spot of his burial.

This is a popular tourist attraction for people travelling to Ireland.

This memorial stone was put in place in the early 1900’s to preserve and protect the burial spot due to the hoards of pilgrims who visited the burial site.

Down Cathedral is housed on the location of an old Benedictine Monastery.

Down Cathedral, the Cathedral Church of the Holy and Undivided Trinity is a Church of Ireland Cathedral.

John De Courcy, the Norman conqueror of Ulster, is said to have expelled the Augustinian monks who had resided there.

The monastery had been destroyed and rebuilt many times.

One cannot be sure if St Patrick is actually buried at the spot but it certain that this area was an important, revered ground to the early Christians in Ireland.

In Down, three saints one grave do fill,
Patrick, Brigid and Columcille.

The centre houses an exhibition of Saint Patrick. You can learn about Saint Patrick’s life, his mission and legacy.

You will also learn more of what life was like for the people living in the County Down area in the early Christian period.

Check out our visit to St Patrick’s Grave in the video below! 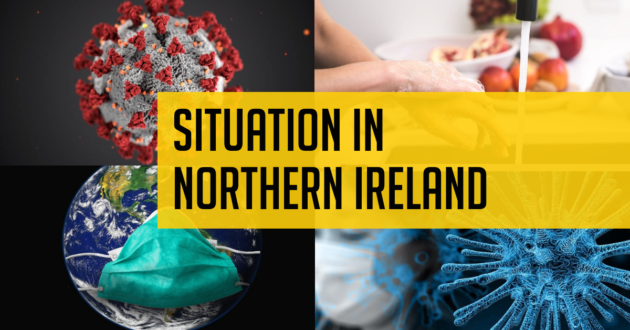 Check out the Top 5 funny Irish You tube Videos just for the Craic – click the pic below! 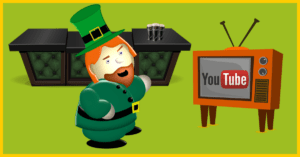 It’s No Longer a Secret! Staycation in County Down: What, Where and Why!438 Total Shares

X
We use cookies to ensure that we give you the best experience on our website. If you continue to use this site we will assume that you are happy with it.Ok