The Irish Elk: The Ice, Air and Steel 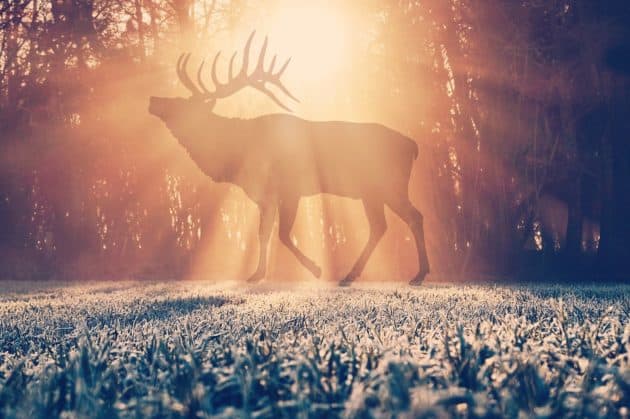 It was the ice that may have killed it off; it was called a crate full of air by Seamus Heaney and is sculpted in steel at Warrenpoint.

We look a little deeper at the Irish Elk, this magestic giant, that wandered our lands and is forever associated with Ireland.

It was the Irish Elk that was at the centre of ferocious debate about creation and extinction in the 1600’s and was an icon of the development of scientific study leading to Darwin’s theory of evolution.

The Irish Elk is actually related to the fallow deer and may not have been an Elk at all. 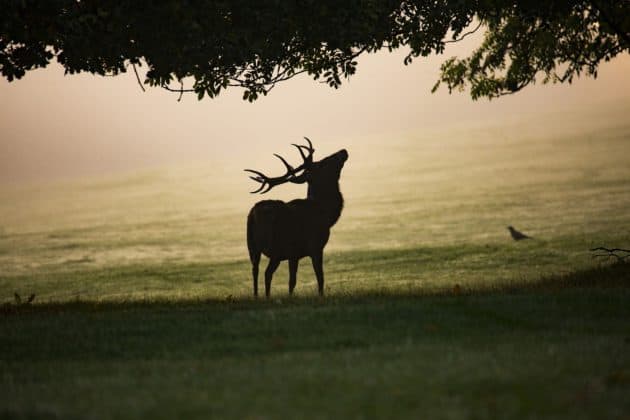 The Irish Elk was not unique to Ireland with traces of it’s existence found throughout Europe, North Africa and Asia.

However, it’s unique association with Ireland is due to the numerous well preserved fossils found in Irish peat bogs.

The Irish elk was roaming around these parts around 11750 BC. 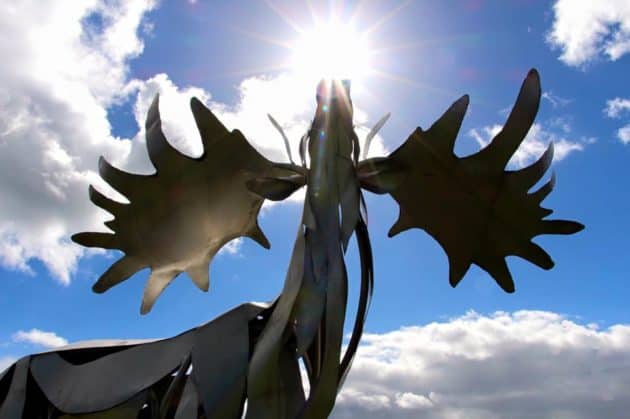 It’s huge 12 foot antlers from tip to tip were impressive.

They were most likely too big and cumbersome to use in a fight with a rival.

The deterrent of just seeing those antlers probably was enough!!!

It may have been that the Irish Elk was not able to survive the harsh conditions of the last ice age in Ireland.

The Irish Elk was not seen by human eyes as the island of Ireland had not been occupied by people when it roamed these lands.

The Irish Elk was at the centre of a huge shift in our understanding of the history, development and evolution of our planet and all that lived on it.

In 1696, Dr Thomas Molyneux and the Dublin Philosophical Society carried out the first record scientific studies of the Irish Elk.

It is fascinating to discover that scientific minds of that time did not believe that these fossilised animals were truly extinct and had mysteriously vanished to some undiscovered part of the world.

It was difficult to reason why a God who created the world and all that was in it would allow his creations to disappear from existence.

Georges Cuvier, a French Naturalist, first developed the theory of extinction caused by catastrophes responsible for wiping out the Earth’s species.

Cuvier said “to prove the existence of a world previous to ours, destroyed by some kind of catastrophe.”

In 1812, he documented how the Irish Elk was distinct and did not belong to any living species.

Bogland featured in his 1969 collection Door into the Dark:

Of the Great Irish Elk

Out of the peat, set it up

An astounding crate full of air

The “crate full of air” describes the skeleton now empty of life and vigour.

The bog has preserved the bones but Heaney seems to lament how hollow are understanding is of it’s life when it roamed the land. 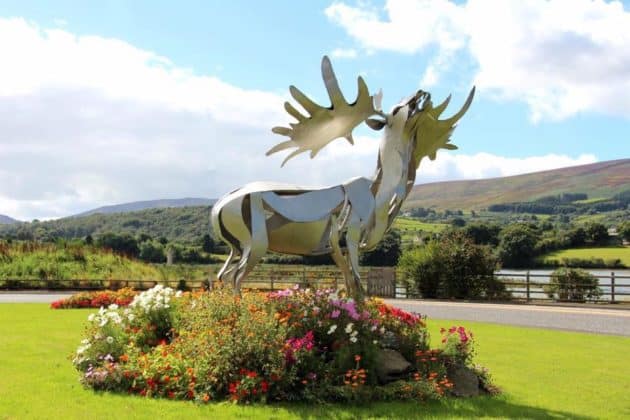 The next time you drive by the Warrenpoint Elk marvel at it’s significance in Irish Literature, the study of fossils and now forever celebrated in art at the Gateway to the Mournes.

The Warrenpoint Elk is a sculpture created by Claire Bigger.

Clare Bigger’s sculpture are described a “revelation, a celebration of life and the spontaneity of movement.”

The Warrenpoint Elk is situated on the roundabout at the end of the dual carriageway from Newry to Warrenpoint. 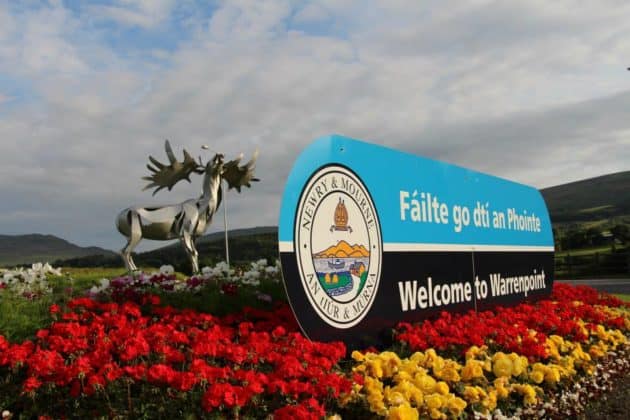 The sculpture is made of stainless steel “which allows her to create light airy structures which are both strong and weather resistant”. 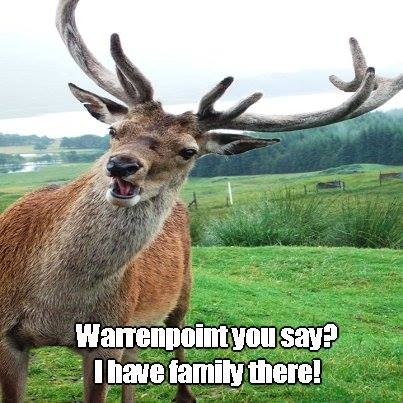 If you want to read more on this fascinating subject:

‘A place of legendary beauty, it is also a land with a rich natural history. Michael Viney invites us to discover the geologic forces that created the island, peer into the famous bone caves that hold unique clues about animals from long ago, and experience the dramatic scenes of the cliff-lined coast and tempestuous seas’

Get the book on Amazon 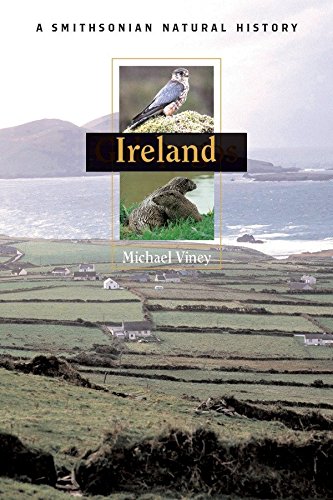 In the video, fishermen talk about how they caught the 3 metre horns of a 10000 year old Irish Elk in their nets.

When did people first inhabit the island of Ireland?

It is believed that the first settlers arrived in Ireland around 10000 years ago.

We have no prairies

To slice a big sun at evening–

Everywhere the eye concedes to

Is wooed into the cyclops’ eye

Of a tarn. Our unfenced country

Is bog that keeps crusting

Between the sights of the sun.

Of the Great Irish Elk

Out of the peat, set it up

An astounding crate full of air.

More than a hundred years

Was recovered salty and white.

The ground itself is kind, black butter

By millions of years.

Only the waterlogged trunks

Of great firs, soft as pulp.

Every layer they strip

Seems camped on before.

The wet centre is bottomless. 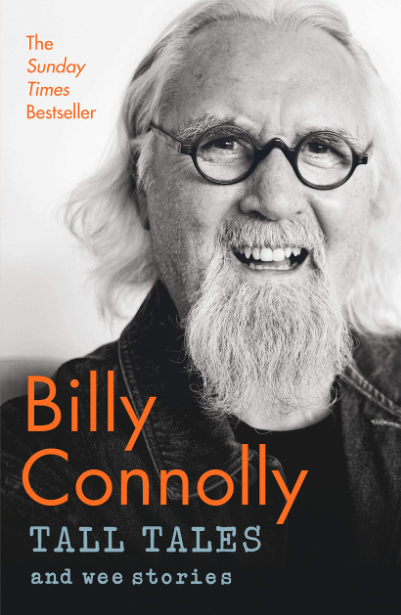