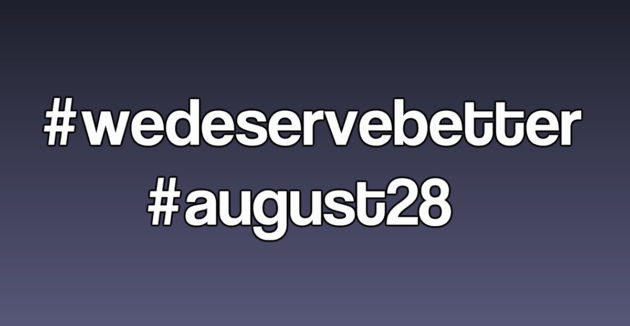 It has been over 18 months since the Stormont Government collapsed.

‘We deserve Better’ grew from a Facebook video recorded by Dylan Quinn from Co. Fermanagh.

In the video, he expressed his frustration at the political stalemate in Northern Ireland and the lack of political leadership.

He asked that Northern Ireland MLA’S get around a table to resolve the issues and do the job they are being paid to do.

The video has been viewed and shared on Facebook and as result other people voiced their support for Dylan and wanted to join him in his campaign.

The campaign has moved from social media to the streets, with We Deserve Better events being organised around Northern Ireland.

“It is not politically funded, it is not connected with any political party, it came out of me in a field in Fermanagh”

Here is the video that kicked it all of…

A We Deserve Better Protest has been arranged in Warrenpoint. 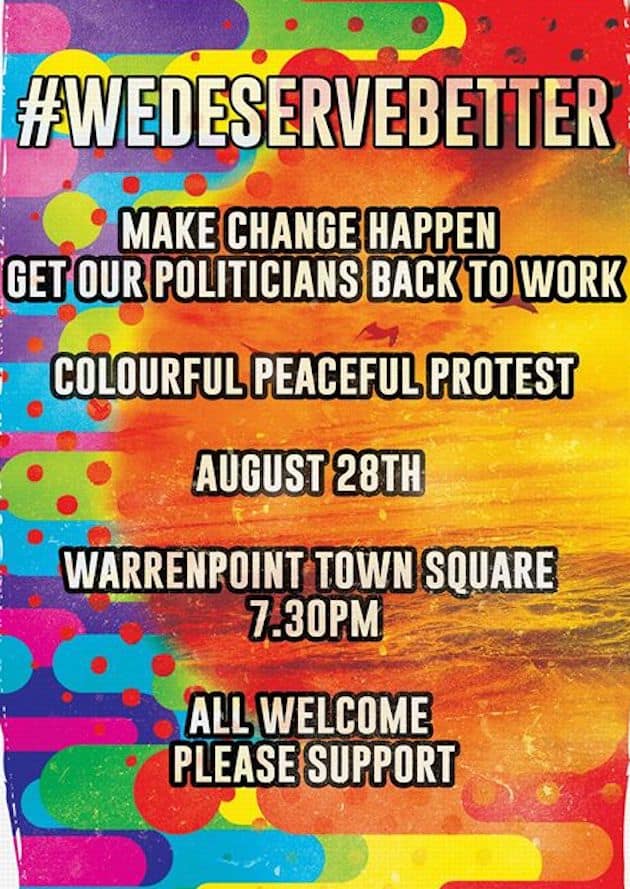