Radioactive Waste Disposal in The Mournes? 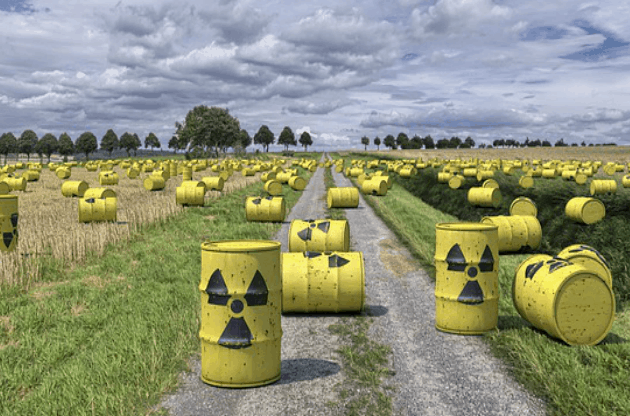 Check out the video below to watch how our area of County Down has been earmarked and is being assessed as a location for radioactive waste disposal.

The mechanism for this disposal is called a Geological Disposal Facility.

We have provided links below to the Government websites for you to explore this further.

What is GDF – Geological Disposal Facility?

Radioactive Waste Management is a public organisation established by government and responsible for planning and delivering geological disposal in the UK.

Will we give our consent?

“The UK government favours a consent-based approach for selecting a site that is based on working in partnership with local communities.”

In the video below, Dr Amy Shelton, Senior Research Manager at Radioactive Waste Management, outlines how an area including County Down and the Mournes has been deemed a “suitable geological setting” for a Geological Disposal Facility to dump higher activity radioactive material.

The area of outstanding beauty of the Mourne Mountains and the Ring of Gullion mapped out for different purposes in the video below..

Check out what the local independent candidate in the forthcoming Council Elections had to say about this issue. Mark Gibbons has stated that:

“Newry & Mourne will not be used a radioactive dumping ground”

Sinn Fein MP Chris Hazzard has said the British government cannot use the North as a dumping ground for nuclear and chemical waste.

The South Down MP said:

“The latest proposal in a video from the British government’s Radioactive Waste Management group that parts of Co Down and Armagh could be used as a site to dispose of nuclear and chemical waste is totally unacceptable.

“Britain cannot use the north as a dumping ground for this hazardous and toxic material.

“Not only would this have dire consequences for our environment but it would also pose a serious health risk to the population.

“This shows once again the complete and total disregard the British government has for the north of Ireland and its people.”

SDLP MLA Colin McGrath has reacted with anger at the report by the Government’s Radioactive Waste Management organisation that a GDF (Geographical Disposal Facility) could be located in the Newry, Mourne & Down Council area.
Commenting the MLA said:

“This announcement from the Government’s Radioactive Waste Management organisation that their investigations show that a GDF is possible in places like the Mourne mountains beggars belief.

“We have been subjected to years of abnormal radioactive levels given our proximity to Sellafield and this news that Government agencies have been poking around our Areas of Outstanding Natural Beauty to find holes for nuclear waste is beyond comprehension.

“I will be pursuing this matter in the coming weeks and asking Government departments, Ministers and officials for a reality check before any dire decisions are taken.”

A petition has been raised by Progressive Politics NI in protest to any plans to dump radioactive waste in Newry & Mourne:

“After the recent news that the Newry & Mourne area is being looked at by the British government as a place to dump nuclear waste from the mainland we say no way!

No place in our beautiful region will be a dumping ground for nuclear waste from Britain! WE SAY NOT NOW NOT EVER” 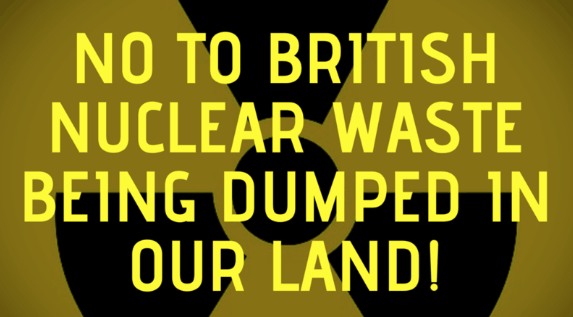