Patrick Murphy, The Irish Giant, The Tallest Man in the World! 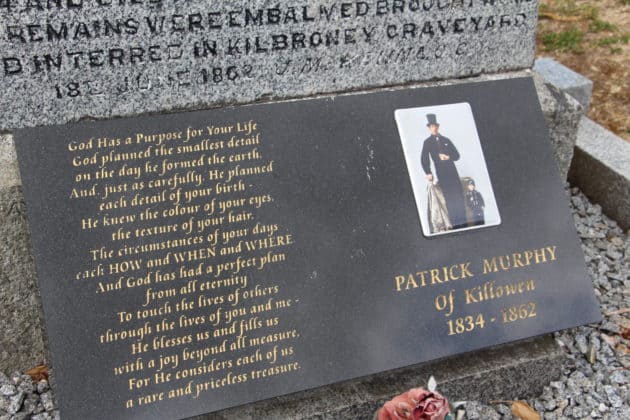 But first check out some amazing facts about Patrick…

In an area steeped in giants, myths and legends (although science might show that it was not a giant myth at all – see below) we had a real life giant who walked in our midst.

At the time Patrick was said to be “The World’s Tallest Man” measuring at a gigantic 8 Foot 1 inch.

Patrick Murphy was born on 15 June 1834 in the heart of the Mourne Mountains.

There is something mystical and magical about this whole area and it is not without surprise that a man of such mythical stature would hail from here.

The young Patrick must have looked upon the Kilfeghan Dolman with wonderment at the legends who had gone before him unaware yet of his place in local folklore.

He was born to James and Peggy (nee Cunningham) Murphy.

He is said to have kept the children of the locality entertained by lighting his pipe of the gas lamps in the village.

He could also touch the apex of the arch of the local Church door with his fingertips.

Although it was claimed he was 8 Feet and 1 inch!

The famous German physician Dr Rudolph Virchow known as the “Father of Pathology” measured Patrick in 1860 sadly three months before he died.

Patrick joined a touring Exhibition of Curiosities show that performed all over England and Europe.

These shows were wildly popular in the Victorian Age.

It seems that the Giant from Killowen stumbled upon important political events in his travels by chance (The Forrest Gump of his day….)

The Congress of Paris in 1856 convened between the powerful European countries to make peace after the Crimean War.

The Crimean War raged between 1853 to 1856 including the infamous Charge of the Light Brigade.

You can see from the excerpt below that the excited crowd waited to see the Russian Ambassador, Baron Brunow, but got the Giant Murphy from Kilfeghan instead. 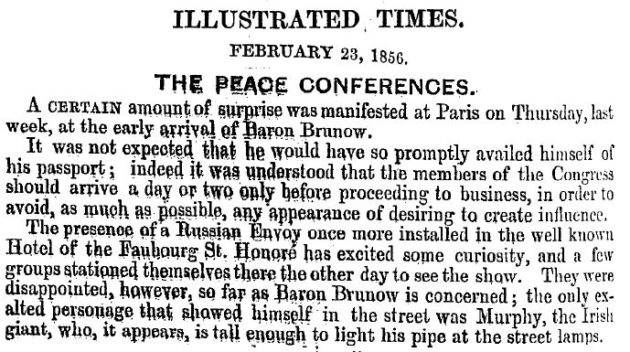 His friends brought his remains back from France so the giant could rest in peace for eternity at home.

Patrick’s remains were brought by steamer ship to the Church in Warrenpoint on the 17 June 1862.

It was reported that the coffin was “10 foot long”

Check out the video of Patrick Murphy, The Irish Giant’s final resting place!

He was interred in Kilbroney Cemetery on 18 June 1862. 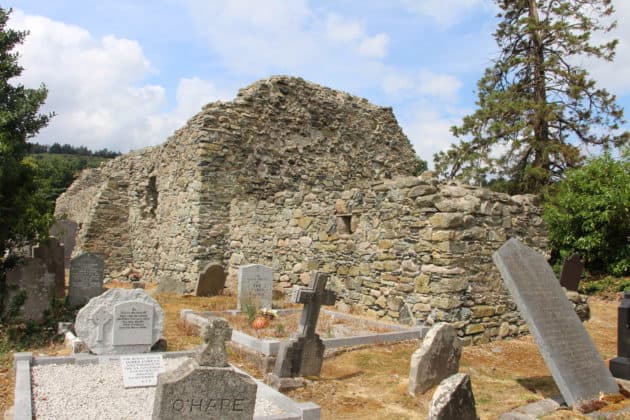 The Giant of Killowen Controversy

Check out the newspaper clippings from 1965 below suggesting that the Giant’s Grave may not contain his remains at all because his skeleton was preserved and kept in Marseilles (where Patrick had actually died from smallpox).

Further enquiries with the Marseille Museum revealed that there were no records of Patrick’s remains being logged or stored at the museum.

In a very quintessential rural Irish way, the Giant’s bed was used to secure an outhouse window – no time for wonderment there when a job need done!

What an interesting twist to the the tale of The Killowen Giant!!! 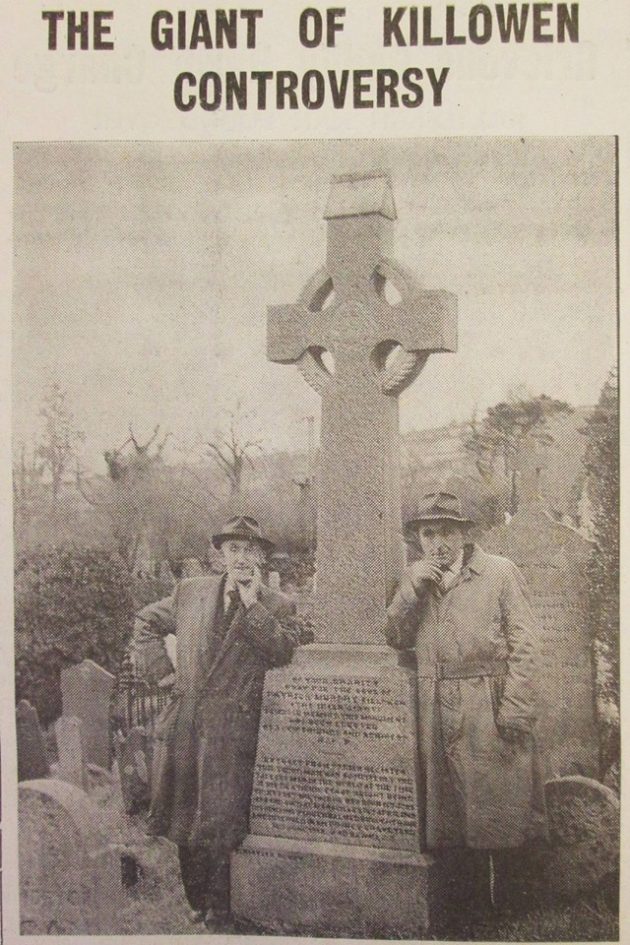 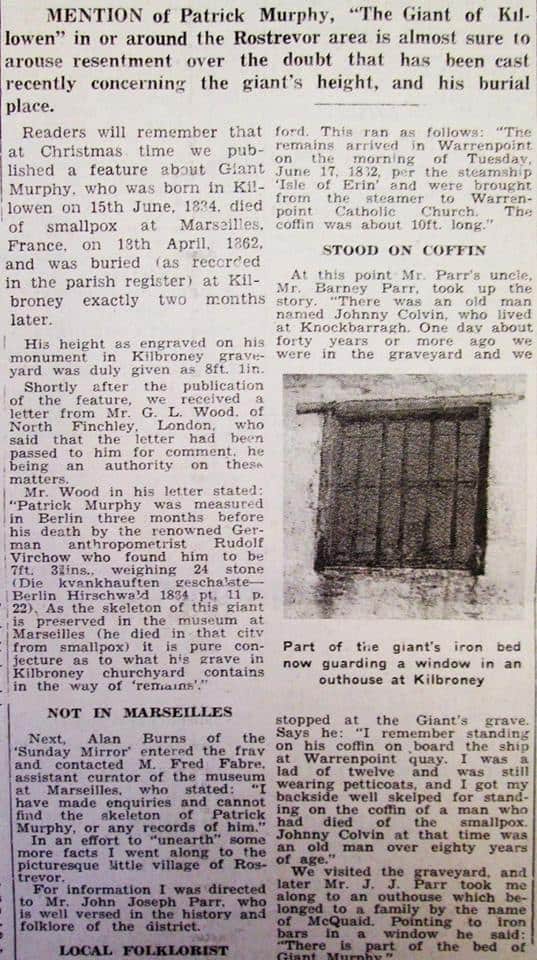 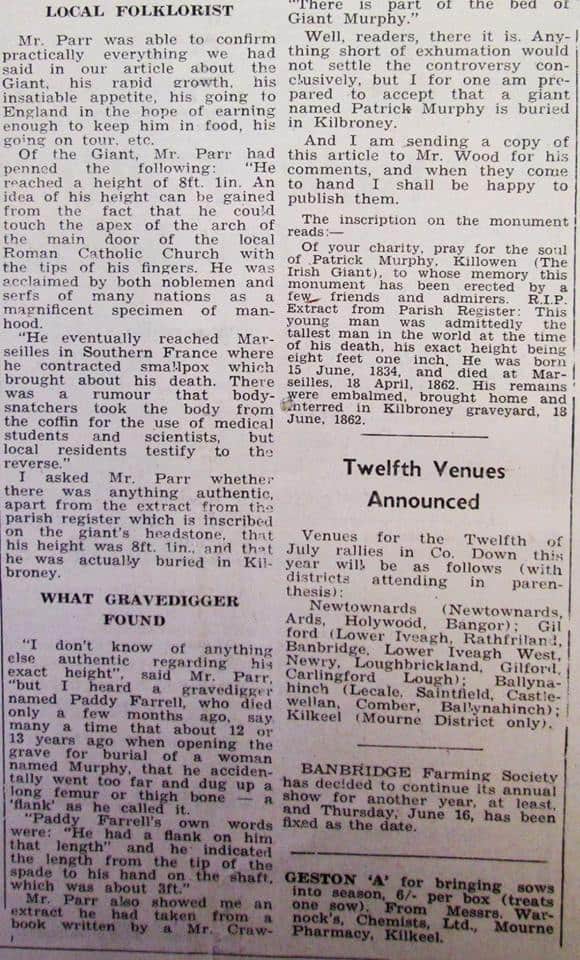 The Tallest man in Ireland ever was Patrick Cotter O’Brien from Kinsale, County Cork born in 1760.

O’Brien boasted that he was a descendant of the legendary Brian Boru himself. 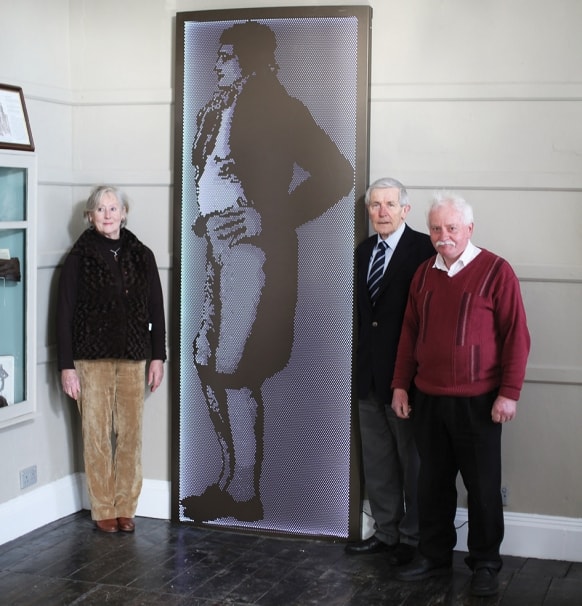 A real life replicate of O’Brien

Who was the tallest Woman in Ireland Ever?

Born close to the Giant’s Causeway in Portrush, Mary Murphy (no relation to Killowen Giant Patrick) was said to be over 7 foot tall.

She took a similar path as the men above and joined the travelling exhibitions throughout England and France.

She had married a French seaman. 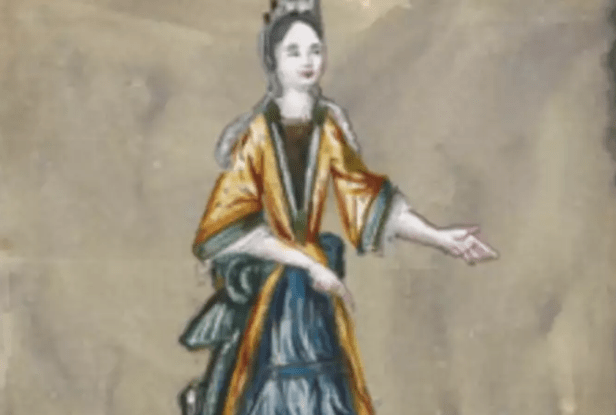 The Science and The Irish Giant

A  study by Barts and the London School of Medicine and Dentistry identified a gigantism mutation found to be surprisingly high in Mid-Ulster, Northern Ireland.

“Professor Sian Ellard, of the University of Exeter Medical School, who collaborated on the research said: “Irish folklore has numerous stories regarding Irish giants and the remains of some of these giants have been studied in the past. Our data provides an explanation for the observation made by the pioneering anthropologist James C. Prichard in 1826.”

Prichard wrote: “In Ireland men of uncommon stature are often seen, and even a gigantic form and stature occur there much more frequently than in this island [Britain] . . . We can hardly avoid the conclusion that there must be some peculiarity in Ireland which gives rise to these phenomena.”

Who was the tallest man ever?

Robert Wadlow is the tallest man in recorded history.

He was born and raised in Alton, Illinois

His great size and his continued growth in adulthood were due to hyperplasia of his pituitary gland, which results in an abnormally high level of human growth hormone.

He showed no indication of an end to his growth even at the time of his death. 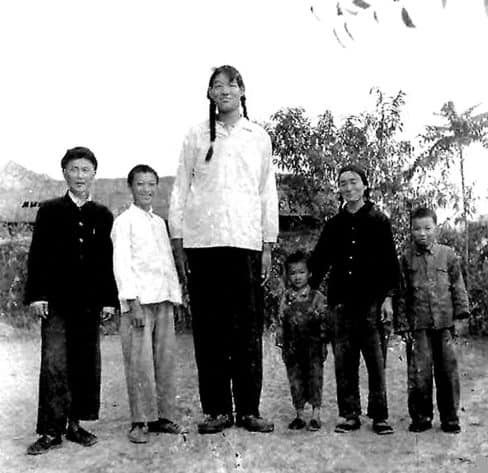 The O’Brien Book of Irish Fairy Tales and Legends

“A beautiful book. I love reading it to my little grandson telling him the tales I heard as a child”

Get on Amazon HERE 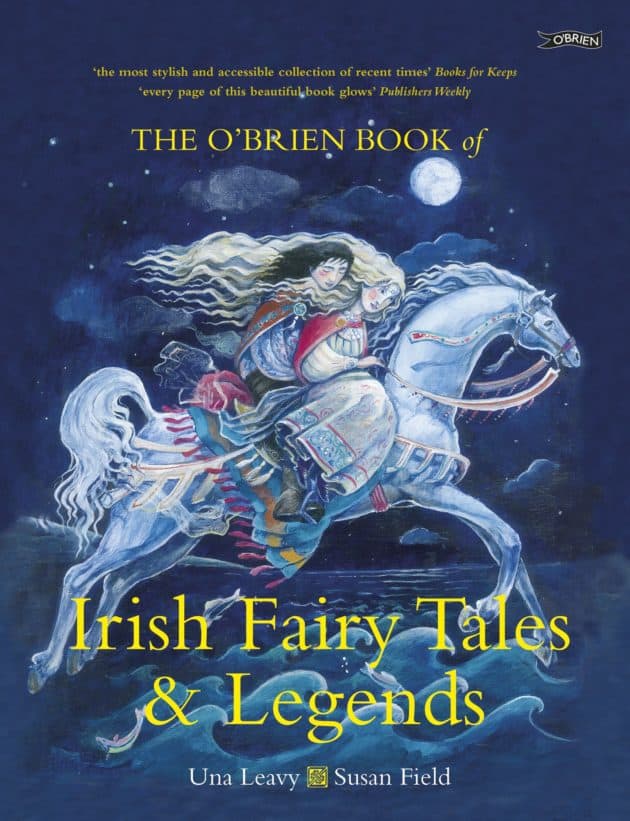 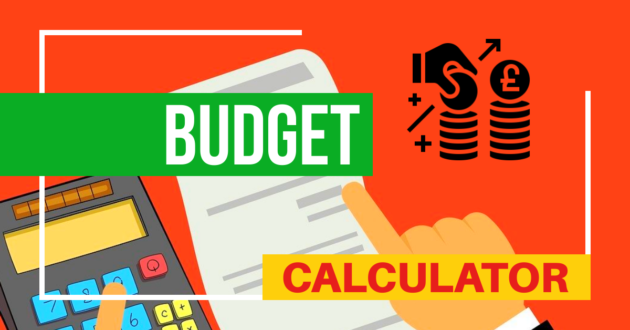