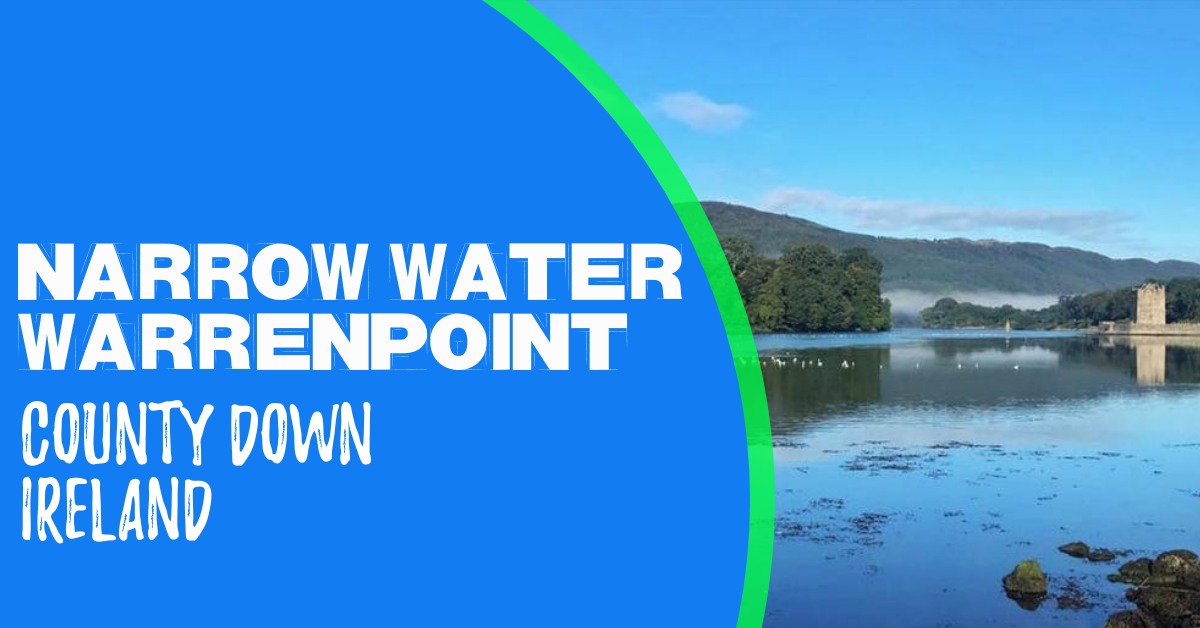 Narrow Water in Warrenpoint, County Down is most definitely on the list of Castles in Ireland that you must visit!

It’s open in the summer time and FREE (Update- We do not know yet what will happen in 2020 with the Coronavirus Pandemic)!!!!

We will take you on a virtual walk through an authentic, historical Irish Castle…

Are you ready to go Back to the Past!

Take a walk inside Narrow Water Castle, Warrenpoint – watch the video below!

Narrow Water Keep was built around 1568 as a defensive military look out!

It was strategically positioned where the Newry River meets the mouth of Carlingford Lough.

Narrow Water Keep was built as a “Tower House”.

A tower house and a man on the top of it looking out!

That’s what you needed to do in those days if you were security conscious!

It was Sancky and his crew who insisted on having a break at the 10th hour while building Narrow Water, documented in the annals of history, that paved the way for construction procedures as we know it today.

Narrow Water kicked off the “10 O’Clock Tea” that all builders in Ireland religiously adhere to today!

The Keep was designed and built with security in mind!

There is a “Murder Hole” just above the entrance – the last line of defence – to stop unwanted visitors in their tracks with boiling oil, boulders and whatever else could be shoved down that hole!

The first floor housed the soldiers and servants.

A straw mattress on a hard wooden floor their source of comfort.

There was the 16th century equivalent of luxury hotel ensuite (No Trip Advisor Reviews Then)….a latrine!

Narrow Water changed hands many times over the years.

The Hall family, who purchased the Keep in 1680, resided there for a time.

When the Hall family moved out of the Keep, it was operated as a salt works for a time.

The old Narrow Water Castle was passed over to the care of the state in 1956.

OMG!!! (not sure that was a thing in medieval times….) …RUN FOR IT!!! We have no doubt that was in the look-outs mind as he overlooked the Lough at times!

How would you have reacted had you been the one on duty spotting an attacking army approach? 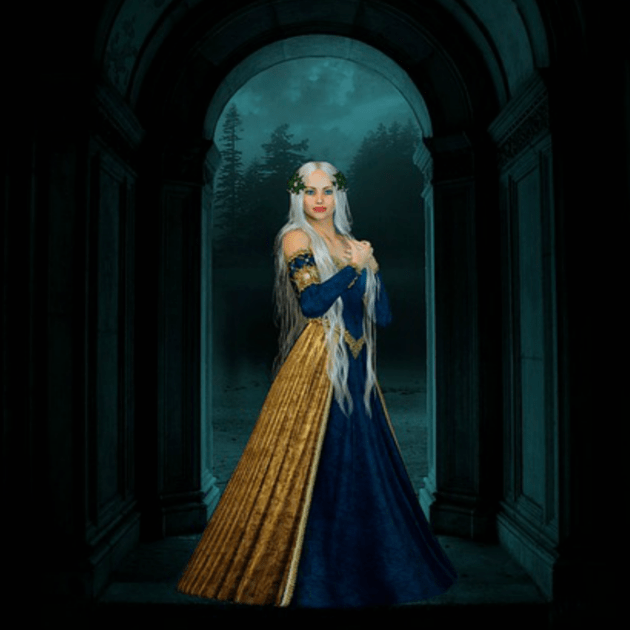 Ever wondered why Lassara Heights got it’s name.

Local folklore has it that Lassara, the daughter of a nobleman, who lived in the area fell in love with a musician.

Her father was not happy about this pairing at all!

He refused to give his blessing for the marriage.

Lassara hated disobeying her father but her love for her musician suitor was stronger.

She could not live without him!

Lassara knew her father was a powerful man and that he had plans for her whether she liked it or not!

There was a musician who entertained at court.

He regaled all with tales of Finn MacCumhaill and how the Vikings had raided the shores of Carlingford Lough.

Lassara would sneak into the back as the the evening’s festivities got a little out of hand.

The Musician always had the crowd in his hand.

First it started with secret notes being passed back and forward through friendly servants.

Lassara and the Musician fell in love with each other but they knew their relationship was doomed before it even got started.

Her father would never allow this to happen.

He would banish the musician from the kingdom or worse….

Lassara and her lover hatched a plan to escape the clutches of her father and the life he had planned for her.

In the dark of night they planned to stow away and live happily ever after!

They decide to set sail and escape via Carlingford Lough! They had no idea where their final destination would be!

The signal to leave would be the dreamy notes of the Musician’s harp.

“To get away from the shadows of that damn Narrow Water Castle will be a start, I never want to see it again” Lassara always said.

They had to pass Narrow Water Castle on their way to freedom and happiness ever after.

The night was stormy and the Castle guards were on full alert, tipped off about an imminent raid on the Castle.

Lassara was giddy with anticipation of freedom.

At last she was out of the control and influence of her father.

They set sail in joyful anticipation but it was short-lived and tragedy was minutes away.

The guards were already on red alert.

They quickly spotted the activity and uncertain whether it was friend or foe they rushed into action.

Their warnings to stop were ignored and he fired an arrow.

It struck the musician and wounded him fatally.

All the dreams of a life together had come to an end!!

Her dreams had been shattered.

Her lover was dead, her life shattered.

The guards grabbed the inconsolable Lassara – she was soaking from the rain, sea water and tears.

One of the guards  said “Oh my God , that is the lady of the Castle…get her inside”

They knew that she had disobeyed her father’s orders…and he was a tough man.

For her own safety and not knowing what to do they put her in a cell in Narrow Water Castle.

The love of her life minutes before so brutally stolen from her.

The cold stone walls of The Castle echoed her pain…..

A guard opened the cell to check she was ok.

She rushed out passed him and quickly ran up the steep stairs to the top of the castle.

Heartbroken at the loss of the one she loved, she threw herself off the top of Narrow Water Keep to join him in the spot he perished.

Check out the video below!

This historic site was also at the centre of the recent conflict in Ireland with the Narrow Water Castle Bomb on 12 August 1979 when 18 British soldiers were killed by an IRA bomb.

You can watch a program about the bombing on a BBC show called The Day Mountbatten Died.

Ireland Castles and history is fascinating. Co. Down is a real historical hotspot – have you visited St Patrick’s Grave in Downpatrick or read the fascinating contemporary accounts of the circumstances at Bloody Bridge, Newcastle

Stuck for something to do in the area? Looking for ideas of where to visit? Visiting Warrenpoint or County Down

Windmill in Warrenpoint : a heart gladdening sight to the sailor631 Total Shares