Warrenpoint Baths was once an iconic marvel of architecture, innovation and lesisure proudly sitting on the shores of Carlingford Lough at Warrenpoint.

It remains in place today, a reminder of the seaside fun and games that seen thousands of people visit Warrenpoint.

It is now a shadow of it’s former glory and the subject of much local debate as to it’s future.

When was it opened

Warrenpoint Baths was opened in 1908.

The initial design had a separate swimming pool for both ladies and gentlemen.

The division between the two decks could be removed  to use the whole pool as one.

Vikings
The Vikings raided the shores of Carlingford plundering for food and riches. The name " Carlingford Lough" has it's routes in Scandinavia. We have a rich tapestry of history, legend and culture from the Neolithic ruins, The High King of Ireland's Coronation Stone to The Battles of Giants!
Nature
Carlingford Lough is a thriving natural reserve for many birds and marine life. We regularly have visits from dolphins, seals and birds looking for food or a place to bring their young into the world.
Ships
The Lough has been a naval waterway since the first humans inhabited the area. Trade, Famine, Battle and Tragedy have all taken place on the Lough and her surrounding shores! From the thwarted escape and tragedy of Medieval Lassara to the Holidaymaker arriving on Cruise Ships
Narnia
CS Lewis was inspired by the Carlingford Lough area to write his epic tale The Chroniles of Narnia. Kilbroney Park in Rostrevor has a beautiful wood trail to mark the literary and fantastical connection. Lewis said 'That part of Rostrevor which overlooks Carlingford Lough is my idea of Narnia.'
Fun
Carlingford Lough is an thrill seekers paradise with leisure boating, water skiing, wind surfing and banana boat riding for those that love a bit of fun in the water. The cold water never seems to put off the kids jumping into the ater in summertime
Previous
Next

There has been much talk in recent years about what should be done about Warrenpoint Baths.

It has been allowed to fall into very bad disrepair despite many local volunteer initiatives over the years to preserve the Baths and it’s legacy.

Despite many rounds of planning applications and consultations, we do not appear to be any closer to securing a path forward for the Warrenpoint Bath and the site it inhabits.

The most recent activity surrounding the Baths has been a Newry, Mourne and Down District Council initiative.

The Council had secured planning permission for a mixed-use development on site and wanted to explore an ambitious regeneration project for the location.

Slowly but surely, the natural forces of Carlingford Lough’s waters are eroding the once majestic structure.

That is sad to witness especially when we know of it’s rich history, iconic status and centre of so much seaside fun over the years.

In 2015, Warrenpoint Baths proposals were displayed – see the video below! 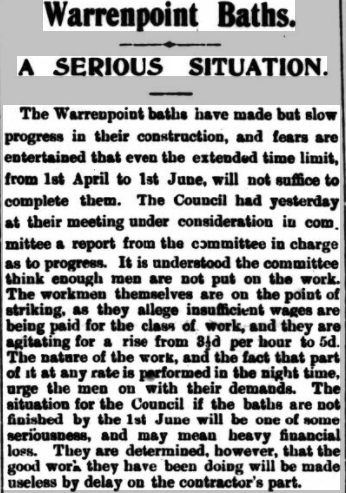 With the message to holiday at home this year, many of us will be revisiting or discovering places right on our doorstep. Before the dawn of international holidays the County Down town of Warrenpoint was a very popular destinations and as our South East reporter Cormac Campbell has been finding out, the town is hoping to lean on that history to reinvigorate itself.

Cormac Campbell, reporter from the BBC Northern Ireland , featured the Warrenpoint Baths in a BBC report in 2020.

With the Covid Pandemic and staycation’s at home being encouraged for all, the focus on Warrenpont Baths and it’s restoration has become a local talking point again. 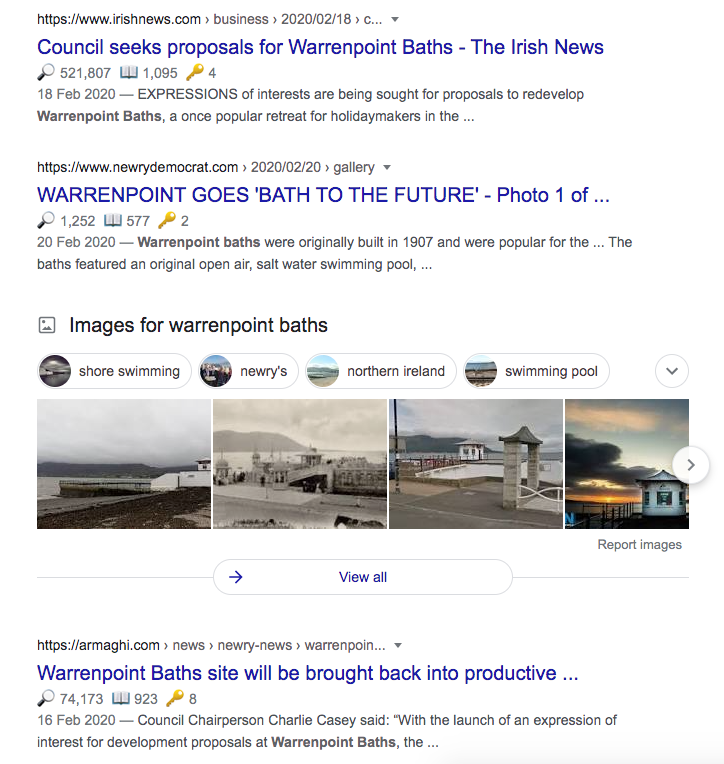 The opening of The Baths in Warrenpoint

Captain Hall’s wife laid the foundation stone for Warrenpoint Baths in August of 1906.

The event was marked by a Gala celebration.

The spot on which the Baths was opened was described so eloquently in a newspaper report:

“it’s beauties are ever available; and to the seeker after health, it’s bracing yet mild and salubrious breezes come with healing balm”

The Hall family were honoured in local newspapers for the recent donation of the ground for Warrenpoint Municipal Park.

Interestingly, the Chairman of the Urban Council addressed the criticism the local authority had received welcoming this new era:

They believed that the opening of the Baths addressed people’s concerns.

It’s ironic that over 100 years later, we are still having the same debate and discussion about precisely the same spot! 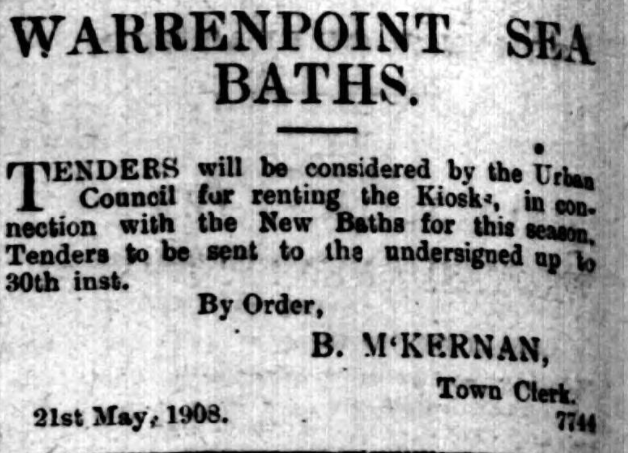 Over the years, Warrenpoint Baths has been the centre of much fun.

In 1908, it played host to the provincial water polo match between Ulster and Munster.

Swimming Gala’s were held in the Baths every summer.

In 1910, the 220 yard Swimming Championship of Ireland was held in Warrenpoint 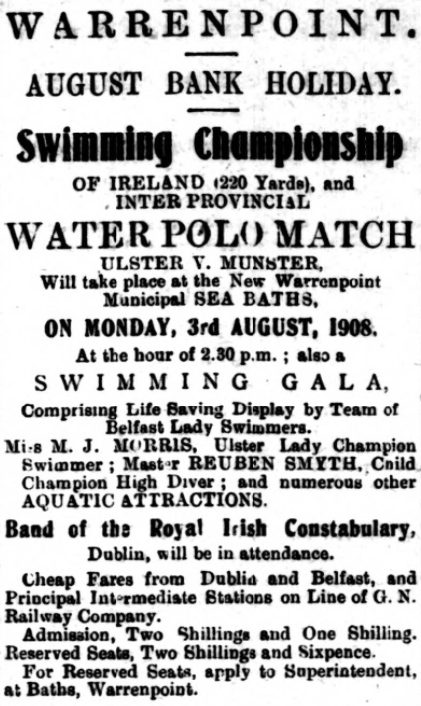 Warrenpoint was a major holiday town and tourist attraction with 1000’s of visitor arriving into Warrenpoint on the weekend’s over the summer months. 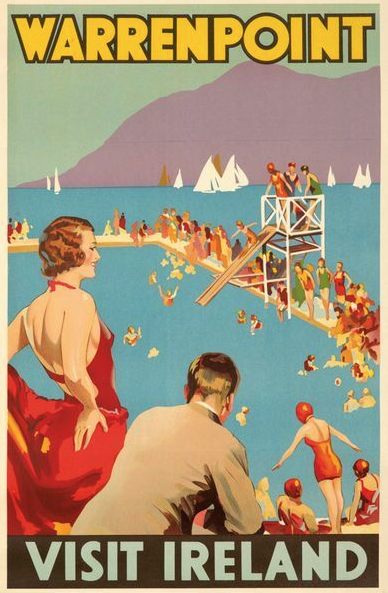 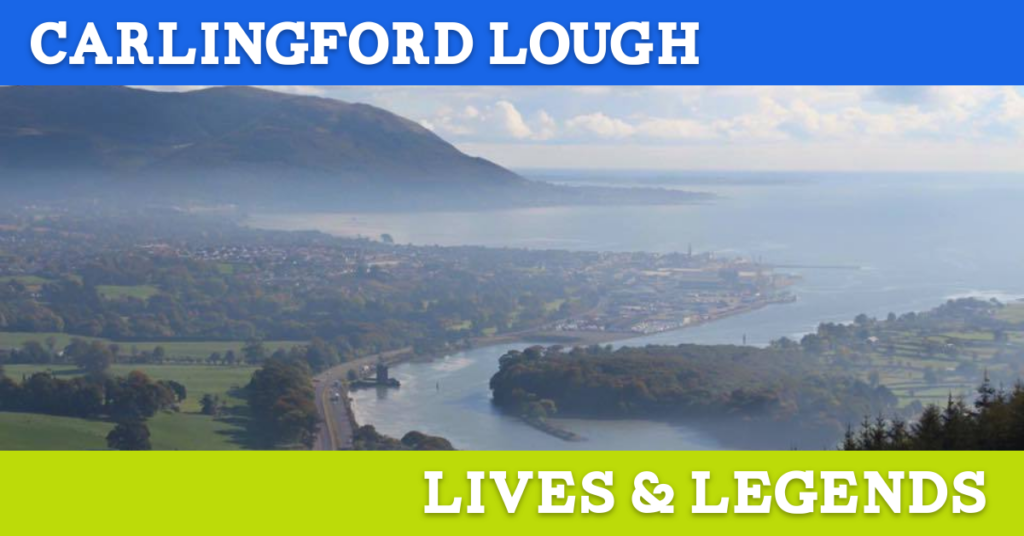 "it's beauties are ever available; and to the seeker after health, it's bracing yet mild and salubrious breezes come with healing balm" 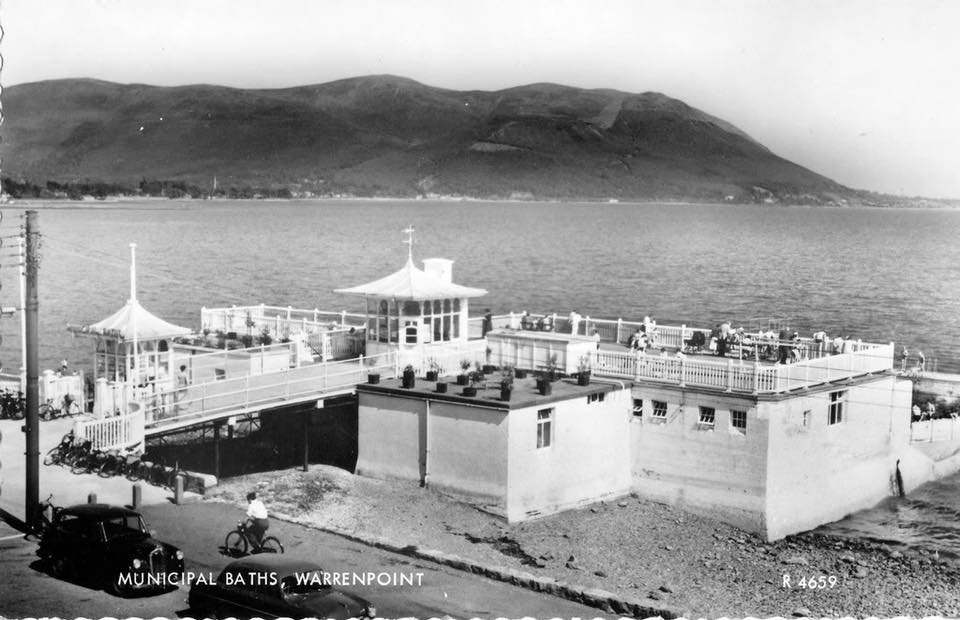 “They had often been reproached for not having done anything to provide bathing facilities for visitors in Summer Months” You will never believe how long this is being said 👉 www.visitwarrenpoint.com/warrenpointbaths/ 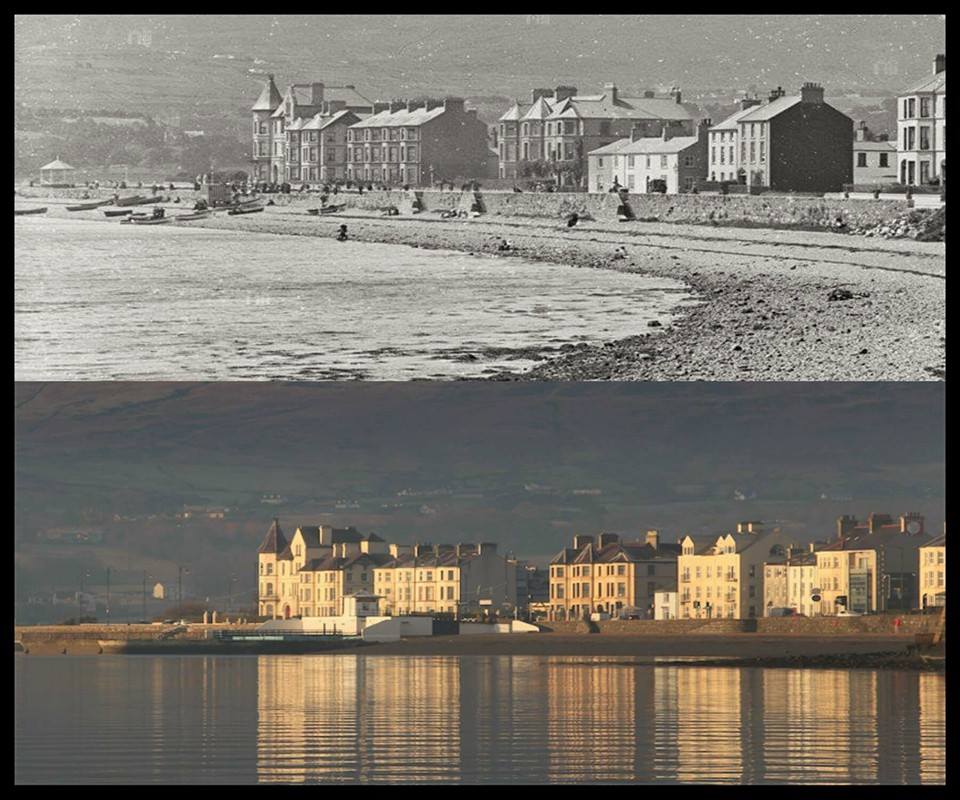 Before the Baths were built

In the picture above, we can see Warrenpoint’s shoreline before the Baths were built.

In contrast with a more recent picture of the same location!

Warrenpoint Baths has been the base for watersports activities on Carlingford Lough in recent years. 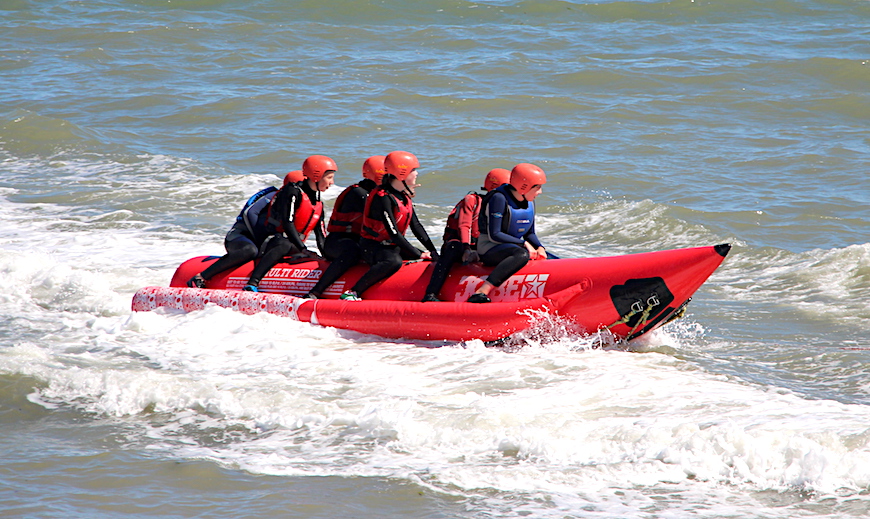 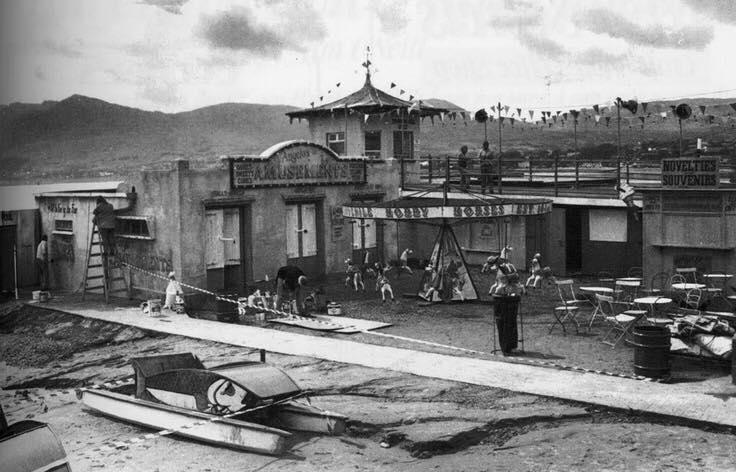 Warrenpoint was transformed into a 1950’s Bundoran as the location set of the movie, The Butcher Boy.

The Butcher Boy movie was an adaption of the book written by Patrick McCabe.

The Butcher Boy is a black comedy about a young boy by the name of Francie Brady who has had a pretty rough childhood and follows his descent into serious mental illness with horrific consequences.

Francie takes a trip to Bundoran to see where his parent’s went on their honeymoon.

Warrenpoint plays the part of Bundoran and Warrenpoint Baths was the focal point of the filming of the scenes that appeared in the movie. 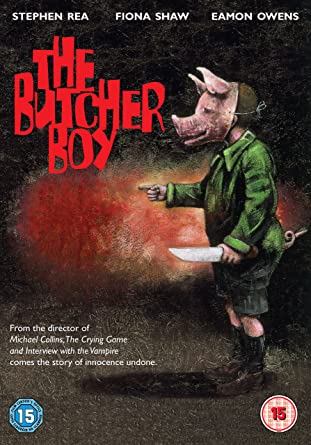 Neil Jordan won an Oscar in 1992 for his movie the Crying Game – He won an Academy Award (Best Original Screenplay).

Did you know that Warrenpoint Baths played a starring role in a movie directed by an Oscar winner? Warrenpoint transformed into Bundoran 👉 www.visitwarrenpoint.com/warrenpointbaths Lots of locals were cast as extras in the movie - The Butcher Boy - Did you play a part? 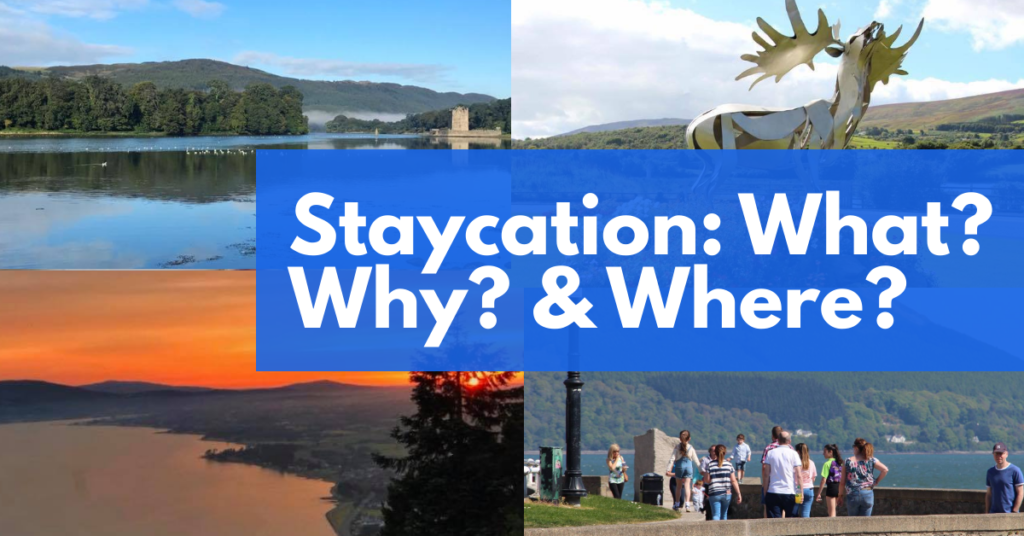 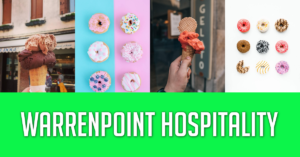 Taboo Donuts and Ciao by Genoa open in Warrenpoint

Taboo Donuts and Ciao by Genoa opening in Warrenpoint New Business Opening: A good sign This is a good news story of progress and development in Warrenpoint. We are all 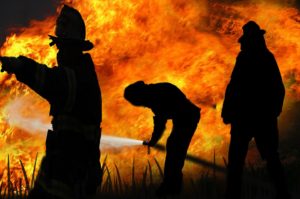 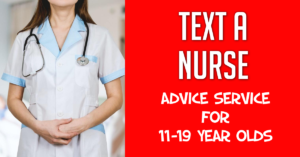 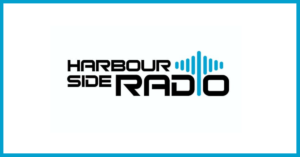 Harbourside Radio lighting up the airwaves in Warrenpoint 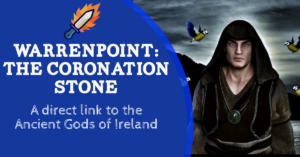 Warrenpoint’s Coronation Stone: Our link to the Ancient Irish God of Love

Warrenpoint’s Coronation Stone: Our path to the Ancient God of Love It’s Hallowed Ground we hail from! Warrenpoint : An ancient ground where kings were anointed! You may know something 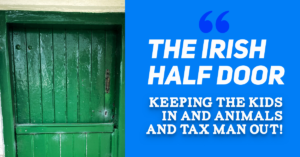 The Irish Half Door: Keep the Kids in and the animals and Tax Man out!

The Irish Half Door: Keep the children in and the animals and Tax Man out! The Half Door of a cottage in Ireland transports us back in time.  You can